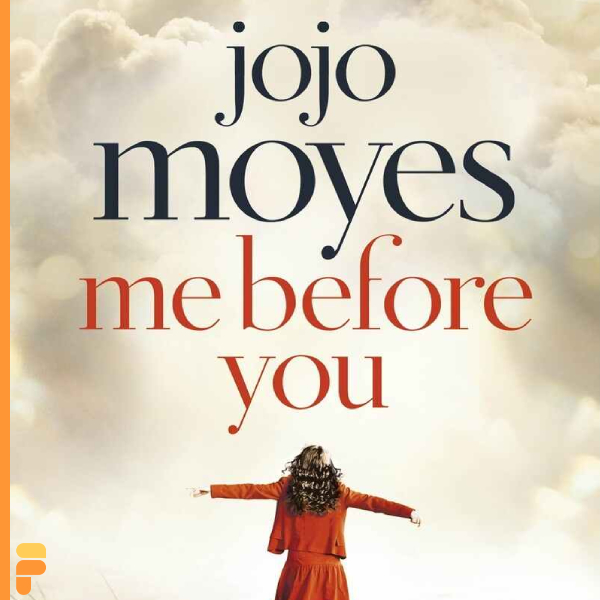 Jojo Moyes has published the rest of this story in books called “Me after you” and “Still me”. A movie with the same title, “Me Before You”, is based on this popular novel and it features prominent actors such as “Emilia Clarke” and “Sam Claflin”.

We suggest that in addition to reading this fascinating book, you also watch its film.


In the novel, the author suggests that people should embrace every moment in their lives because we can never know when things will end. Things become more serious
and complicated when we find out that the main protagonist of the book is a quadriplegic male, who lives a bitter and resentful life. However, eventually, something happens that will change his life. One great thing about Me before You is that the author managed to handle the intense subject matter with the utmost ease. Moyes keeps the mood of the novel in a perfect balance between light and provocative.

an attractive part of the book:

“Hey Clark”, he said. “Tell me something good”. I stared out of the window at the bright-blue Swiss sky and I told him a story of two people. Two people who shouldn’t have met, and who didn’t like each other much when they did, but who found they were the only two people in the world who could possibly have understood each other. And I told him of the adventures they had, the place they had gone, and the thing I had seen that I had never expected to. I conjured for him electric skies and iridescent seas and evenings full of laughter and silly jokes. I drew a world for him, a world far from Swiss industrial estate, a world in which he was still somehow the person he had wanted to be. I drew the world he had created for me, full of wonder and possibility.